A sporty watch can still be elegant. That is what Officine Panerai proved. Panerai is an Italian watchmaker known for its stylish and highly functional timepieces. Unlike the timepieces from other manufacturers, Panerai watches are obviously made with fashion in mind, yet the functionality is not compromised. These luxury watches, that are also available in Dubai stores, are powerful and beautiful at the same time.

Panerai and its brief history

The birth of Panerai can be traced back to 1860 when Giovanni Panerai opened and established his watchmaker’s shop and school in Florence. In the 1930s up to the 1950s, his heirs manufactured the forerunners of Radiomir and Panerai Luminor watches. Panerai Radiomir was the first water-resistant military diver watch. Panerai became a supplier of combat equipment, including watches, to elite tactical forces in the Royal Italian Navy.

Watch lovers are impressed by the no-nonsense design of Panerai. Its design is simple yet elegant. It is even said that owning a Panerai watch is a sign of being a true connoisseur. One of the celebrities who fell in love with Panerai timepieces is Sylvester Stallone. The actor was amazed at the beauty of a Panerai timepiece that he bought a Panerai Luminor in Rome in 1995. According to him, he immediately felt that the watch had a star power. Stallone became a fan of the brand that he requested for a special edition to use for shooting the film Daylight. He also ordered special edition timepieces called Slytech, which bears his signature on the case.

Panerai has four major watch lines for different occasions – Manifattura, Special Editions, Historic and Contemporary. Although each watch varies from another, all Panerai timepieces carry the same DNA which includes elements such as bold size and distinctive cushion-shaped cases.

Panerai watches, with their high-quality materials, are worth their prices. You can compare the Panerai watches prices in Dubai shops to find quality timepieces at a good price.

When it comes to heritage-inspired but sporty timepieces, Panerai is one of the top names on the list. The design is simple, but this simplicity only enhances the elegance of the timepieces. 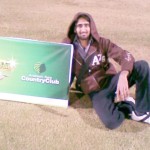